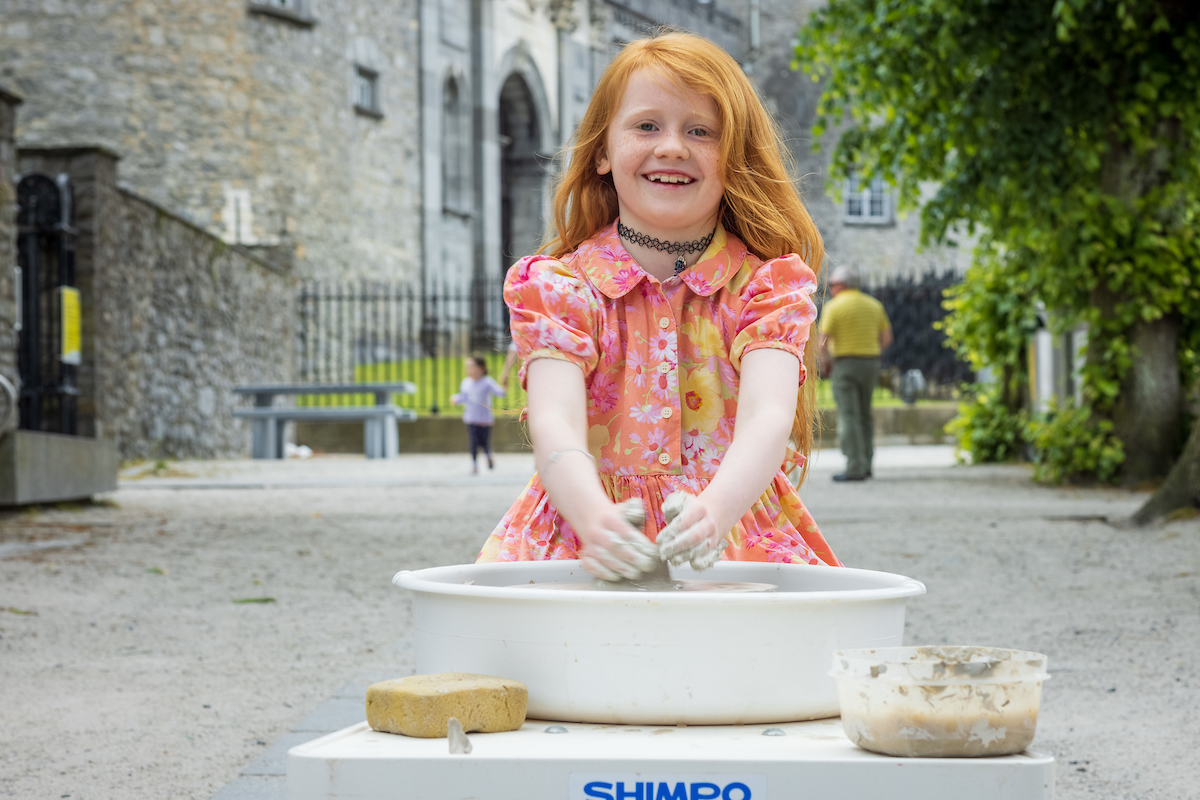 In 2021, Kilkenny was designated a World Craft Council Craft City and Region, one of only four regions to achieve this recognition in Europe. This prestigious internationally recognised award is the result of an application put forward by MADE in Kilkenny, a craft collective of designer-makers and Kilkenny County Council. It will greatly enhance Kilkenny’s reputation as a craft destination. The application, judged by an international panel of jurors, was the result of several months of hard work by MADE in Kilkenny members who had to demonstrate the region’s craft activities in the areas of making, education and training, and exhibition spaces.

The World Crafts Council, a non-governmental organization founded in 1964, aims to strengthen the status of and promote crafts as a vital part of cultural, social and economic life through their global network of members and affiliates.

Welcoming the announcement, Minister Malcolm Noonan T.D, Minister of State for Heritage and Electoral Reform said that “Kilkenny has a long tradition of being a centre of craft activity in Ireland with its many craft workshops, home to the Design and Crafts Council Ireland, the National Craft Gallery and  Centres of Excellence in Ceramics and Jewellery. Kilkenny is also well known for other creative sectors including fine-art, animation and its many festivals including music, film, comedy and food.  This is great news for Kilkenny and is another prestigious award to add to the long list of awards achieved in recent years”.

Kilkenny has long had the reputation for being a centre of creativity, and the MADE in Kilkenny collective has actively contributed to this perception over the last decade. The group has striven to bring together the considerable wealth of craft talent found in Kilkenny to a wider audience and to foster excellence in craftsmanship.

“MADE in Kilkenny is a multidisciplinary craft group organised and run by its members on a voluntary basis. It’s mission is to promote Kilkenny as the premier destination in Ireland for authentic hand-made Irish craft of exceptional quality”, according to Gus Mableson of MADE in Kilkenny.  Commenting on the designation, Cathaoirleach of Kilkenny County Council, Cllr. Fidelis Doherty stated that “this designation puts Kilkenny on the international map and recognises the huge work carried out in the craft sector over many years”.

The expansion of craft activity in Kilkenny dates back to the 1960’s with the formation of the Kilkenny Design Workshops (KDW) in the Castle stables in the centre of Kilkenny City in 1963. Through the Irish Export Board, this government-led initiative aimed to introduce good design into not only industrial manufacturing, but also craft–based production. The project attracted designers from throughout Europe and workshops were set up producing small production runs and prototypes for industry in the areas of weaving , textiles, ceramics, furniture and silversmithing. Throughout the 1970’s the workshops set up by KDW also ran apprenticeship and training schemes for young aspiring designer- makers and by the time KDW closed in 1988 a considerable number of craft businesses had been set up in Kilkenny.

Chief Executive of the Design & Crafts Council Ireland Rosemary Steen said “The Design and Crafts Council welcomes the accreditation of Kilkenny as a World Craft Council Craft City and Region. Kilkenny has long been recognised in Ireland as a national centre for the craft and design sector, which continues to play a central role in Ireland’s society and economy. It is very exciting for our Council to see Kilkenny recognised internationally in this way. We hope that this designation will generate greater opportunities for craftspeople in Kilkenny, further supporting the craft sector in Ireland as a whole.”