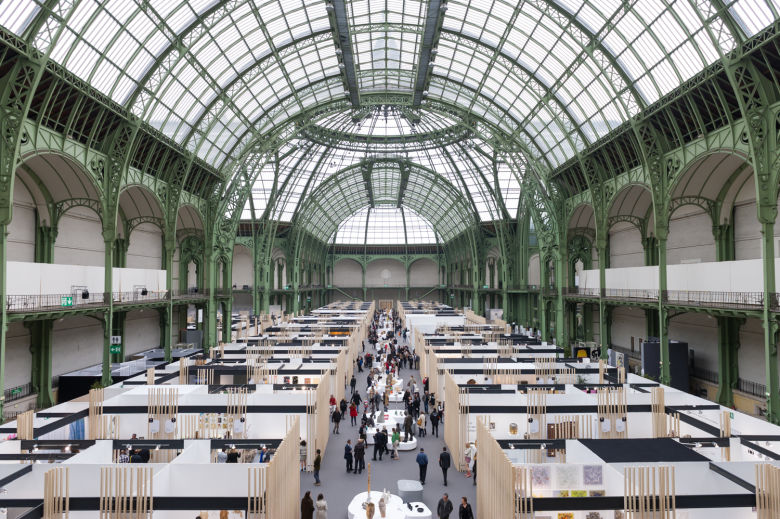 In 2019, World Crafts Council Europe, (WCCE), celebrates its 40th anniversary. As part of the celebrations WCCE has been invited to exhibit at Révélations in 2019 organised by Ateliers d’Art de France. This presents an exceptional opportunity for the network and makers to raise awareness of craft across Europe. The 4th edition of the biennial will take place from 23rd to 26th May 2019 at the Grand Palais, Paris. The WCCE exhibition will feature a representative selection of the highest quality European Craft.

We are inviting craftspeople and makers to submit examples of their work that is of exceptional quality to be considered for participation. Work will be selected for exhibition in consultation with Atelier d’art de France, by the WCCE board and an independent curator.

Entries can be made of any material using a technique which permits the permanent transformation from raw material to craft object. Pieces must be a minimum of 30cm and a maximum of 150cm in height.

Images supplied must be of professional quality and have a resolution of 300 DPI and be 2000 x1000 pixels. Photo credits and appropriate permissions for publication in print and online media must be provided. Please note costs of shipping works to and from the exhibition will not be covered by WCCE.

Submissions for the exhibition can be made by completing the online application form below. Entries must be received by email to: wcceurope@dccoi.ie by Monday 10th September, 2018. Only one piece will be selected per artisan/maker and the application is open to non-members.

40 Years of Promoting Craft Across Europe

The first European Regional World Crafts Council Assembly took place during the General Assembly in Toronto in 1974, and the second in Oaxtepec. A crafts conference was held in Kracow, Poland, in 1977, at which national delegates developed ideas for the European structure. This enabled the first European Board to be elected in Kyoto in 1978. After much discussion and consultation it was agreed at the Assembly in Florence in 1979 to set up an independent secretariat funded by European members; World Crafts Council Europe (WCCE). Today, WCCE connects with hundreds of craftspeople and crafts organisations across Europe to promote and elevate the status of craft on an international level.

Initiated and organised by Ateliers d’Art de France since 2013, Révélations is the international fine craft and creation appointment not to be missed. The biennial reunites a constantly increasing and prestigious audience: general public, amateurs and collectors, architects, decorators, gallery owners, purchasing offices, but also artistic directors and luxury goods. The 4th edition of the biennial will take place from 23rd to 26th May 2019 at the Grand Palais in Paris and will, once more, promote the exceptional values that are propitious to the cultural influence of our creative trades.