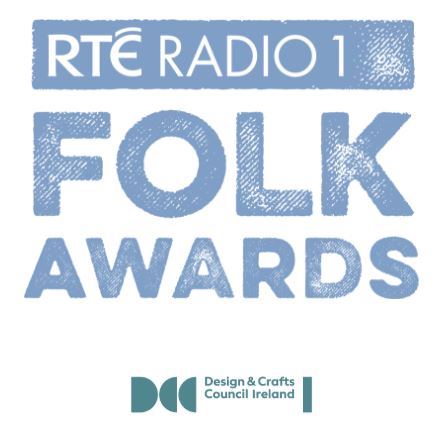 RTÉ Radio 1 will present the inaugural RTÉ Radio 1 Folk Awards at Vicar Street on Thursday, October 25th 2018. The event will be broadcast live on RTÉ Radio 1.

RTÉ Radio 1 is creating a new award to celebrate and recognise Irish musicians’ extraordinary contribution to folk music. A competition is being organised for a designer or craftsperson to design and produce an award for the winners at the inaugural RTÉ Radio 1 Folk Awards. Please note that RTÉ Radio 1 is likely to run an open call for submissions to design this award on an annual basis.

RTÉ Radio 1 invites craftspeople/designers with the capacity to create a series of nine commissions for the RTÉ Radio 1 Folk Awards.

The RTÉ Radio 1 Folk Awards will be the first dedicated folk awards held in Ireland and will celebrate Irish folk music talent on a national level, with the people who love it. RTÉ Radio 1 are working with the Design & Crafts Council of Ireland (DCCoI) to commission a unique award that will be presented to each winner of the 8 awards categories and a slightly distinct version of the same that will be awarded to the musician being celebrated in the Lifetime achievement category. The award itself must reflect a high level of skill and talent and evoke the unique connection that folk music has to our culture and community.

Selection of up to three craftspeople/designers for shortlist will be based on information and images submitted of their current work. It is intended that RTÉ Radio 1 will commission a new award each year. The purpose of this is two-fold: to promote and highlight the talent and skills of the craft and design sector, and to build a collection of unique awards that reflect the diversity of Ireland’s rich talent and heritage through folk music, craft and design. The winner of the commission will be invited to discuss their work as part of RTÉ Radio 1’s Arena programme.

Late or incomplete submissions may be rejected at the discretion of RTÉ Radio 1.